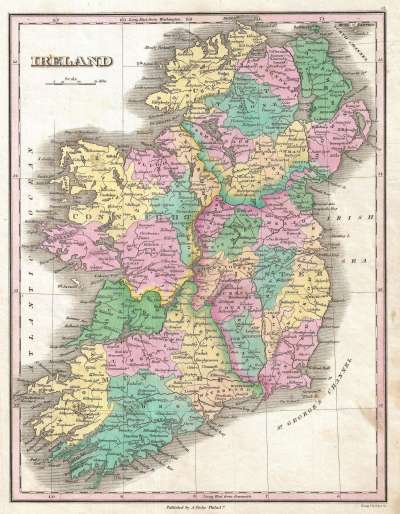 Throughout the past centuries and increasingly from the mid 18-hundreds to the 1960s large numbers of Irish have emigrated to all corners of the world and today form some of the largest ethnic communities throughout the Americas and Australia. Many of these emigrants came from counties surrounding Lough Sheelin. The pre-famine population of County Cavan for example was 250,000, which dropped to 50,000 in the early part of the 20th century. Much of this decline was caused by emigration. Today many descendants of these emigrants return as tourists, tracing their ancestry. Directly related to Ross Castle are the Nugents and O’Reillys, but many McCabes, Smyths, Lynchs, Farellys, Clarkes, Maguirs, Murtaghs or Sheridans are also returning to the shores of Lough Sheelin, . Many of their ancestors will have connections to Ross Castle or the surrounding hamlets, farms or the famous quarry at Ross.

Numerous community organizations in the area offer services to those tracing their Irish ancestry. Your hosts at Ross Castle can provide you with the local background information and put you in contact with an appropriate agency.